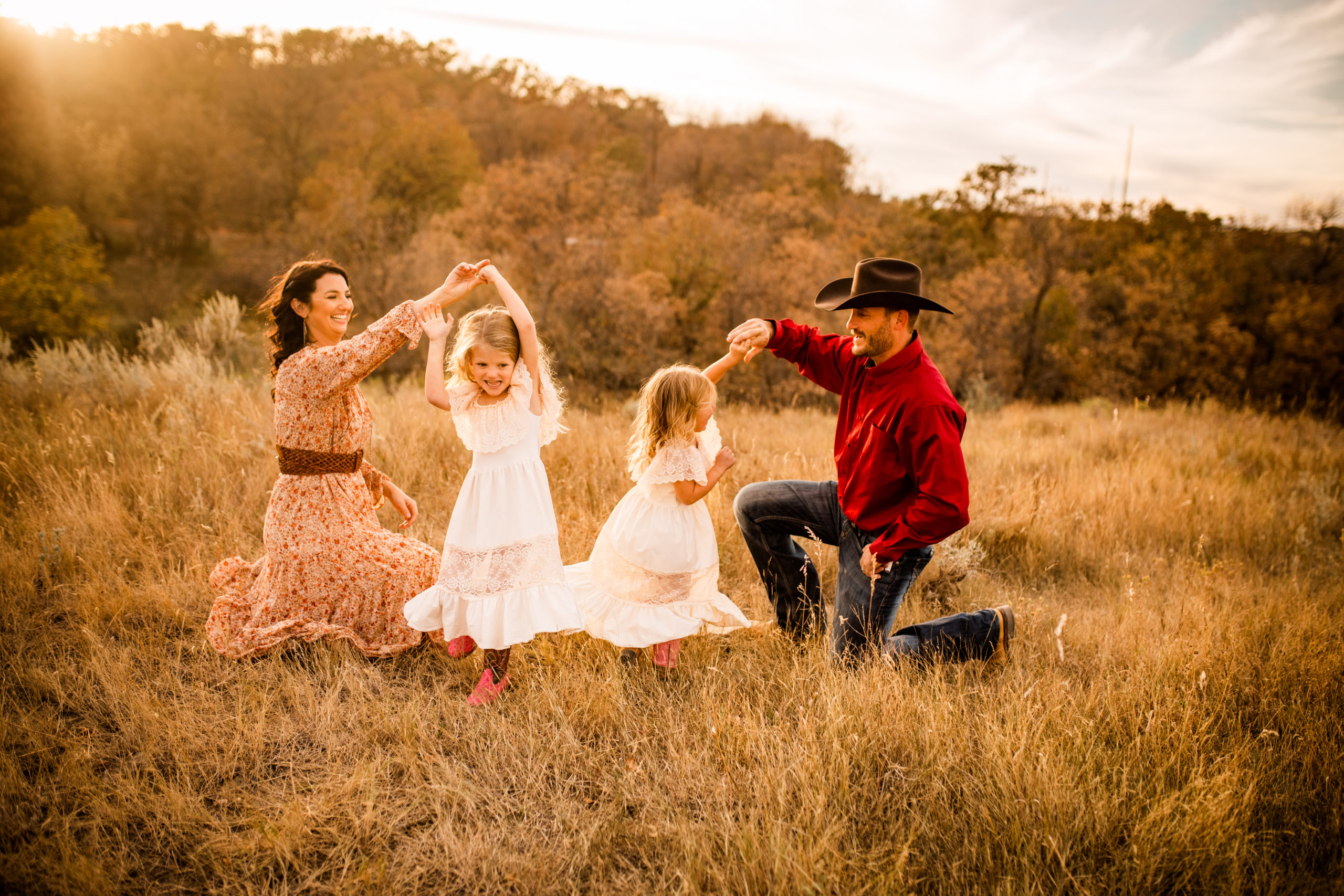 At just seven years old, Jessie Veeder Scofield took to the stage in a cowboy hat and Garth Brooks-inspired brushpopper shirt, buttoned to the top. Accompanied by her father on guitar, she belted the classics—John Prine, EmmyLou Harris, Bruce Springsteen—at art fairs and trade shows across North Dakota.

Today, Jessie Veeder Scofield is a legend of Midwestern music. And after years on the road, she has returned to the family ranch where she discovered a love for music, an appreciation for the rugged landscape of the Dakotas, and admiration for the people who call this place home.

Jessie’s journey has been far from easy—especially this year, as a rare cancer diagnosis upended life as she knew it—but despite it all, she continues to make her music and count her blessings.

Life on the Road

The Veeder Ranch is a 3,000-acre cattle ranch overlooking the western North Dakota badlands. It’s where Jessie grew up, exploring the wide-open spaces and listening to her father’s folk tunes. It was the place and the people she met there that inspired her to write and record her first album, “This Road,” at the young age of 16.

“Rural living has definitely been an inspiration for my music since I was a young kid,” Jessie said. “It was the people that surrounded me: the cowboys, the ranchers, the women that were raising these ranch families and taking care of each other. I saw a lot of heart and spirit, and I was always fascinated by their stories. What their ancestors went through, how they’re impacted by the landscape. That’s always been what I’ve written about.”

Jessie’s soulful melodies and heart-wrenching lyrics on “This Road” caught the attention of a booking agency in Nashville and landed her a job performing around the country. She continued to tour up and down the Midwest while attending the University of North Dakota and recorded her second original album, “A Place to Belong,” in 2005.

While touring, Jessie was often urged to move to Nashville or Los Angeles, somewhere with a more prominent music scene. But Jessie’s mind was always somewhere else.

“I never wanted to live in those places. They didn’t inspire me when I was on the road,” Jessie said. “Where I wanted to be was the ranch in western North Dakota. That’s where I’ve always wanted to work and perform and be inspired. There’s something in my DNA. I think it was just born into me that I wanted to be out there. ”

In 2010, Jessie and her husband finally came home. Back on the ranch, she released three more albums: ”Jessie Veeder Live” in 2010, “Nothing’s Forever” in 2012, and “Northern Lights” in 2015, a project that brought her to Nashville to record with legendary producer Bill Warner.

Jessie continued to write and record music when she moved back to North Dakota. But she had other plans, too—plans that required a high-speed internet connection.

“I didn’t grow up out at the ranch with access to the internet,” Jessie said. “Coming back as a grown woman with a goal to continue pursuing my career, the internet was a huge thing.”

Jessie knew that she was taking a risk by continuing her career from such a rural location. Fortunately, in the time she had been away from home, RTC had expanded its internet services to reach the Veeder ranch.

In 2010, Jessie used that connection to start a blog, “Meanwhile, back at the ranch…”, where she promotes her music and shares stories of her life in Western North Dakota.

“Suddenly I had fans from all over the world, from Australia to Mexico, reading what life was like in Western North Dakota, all because I could take pictures of it. I could write about it. I could put it online and I could reach people,” Jessie said. “Rural internet access from RTC made it so I can work from anywhere—even the middle of nowhere.”

And in 2014, Jessie helped found the Long X Arts Foundation in Watford City to create opportunities for art, entertainment, and culture in rural North Dakota. In a typical year, the foundation offers art classes, live concerts, and other in-person events. But when COVID-19 hit in the spring of 2020, Jessie and her team once again relied on RTC internet to bring art to the community.

“If I’m working with a client, developing a concept with the foundation, or working with the North Dakota Council on the Arts, I can have a Zoom meeting with them and we can work the details out while I’m still on the ranch,” Jessie said. “Without internet at the ranch, that wouldn’t be possible.”

She has also stayed connected to her fans during this time through virtual concerts. With high-speed internet, Jessie is able to share her music with fans from around the world, all from the comfort and safety of her home on the ranch.

“I always thought that if you live in the middle of nowhere, you can’t be who you want to be,” Jessie said. “I wasn’t always told that, but it was an assumption. But I’ve learned that when you grow up in a rural community, you don’t have to go somewhere else to be something.”

In the Rearview Mirror

She was in the midst of recording her sixth studio album, “Playing Favorites,” when she began to feel ill. What began in November 2019 as a cold that “just wouldn’t go away” turned into a persistent wheezing; it often felt like she could only catch a real breath when she was singing. She saw doctor after doctor, but it wasn’t until May 2020 that a specialist identified a blockage in her airway: a tumor that was blocking her entire right lung and 90 percent of her left.

Her diagnosis sent Jessie to Mayo Clinic in Rochester, Minnesota for a series of surgeries to remove the tumor. Throughout her treatment, Jessie pushed to release the album, a collection of songs she grew up listening to and singing with her father. More than any of her previous works, it is an homage to the people and places that shaped her.

With only 10 percent of her lung capacity, Jessie recorded and released her sixth album. Today, “Playing Favorites” is available for purchase and streaming on all platforms. The tumor has been removed from Jessie’s airway, and while she will continue to be screened for the rest of her life, she is currently cancer-free.

“Cancer will always be a part of my life,” Jessie said. “Hopefully now I can put this in my rearview mirror.”

Throughout her diagnosis and treatment, and every other challenge that life has thrown her way, Jessie has remained grateful. Grateful for the musicians who have inspired her since she was just a kid, the friends, family, and fans who have supported her on her journey, for the North Dakota air in her lungs, and for the ability to do what she loves from the place that she loves.

“I’m just grateful for each day I’m given, because we just don’t know,” Jessie said. “I know that sounds cliche, but it’s hard to remember that sometimes. I know now that everything can be taken away from you at any minute.” 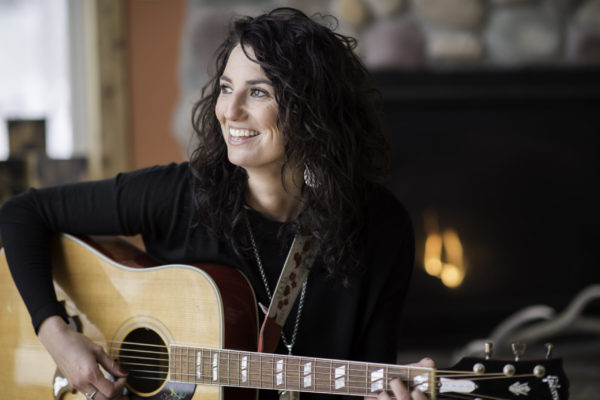 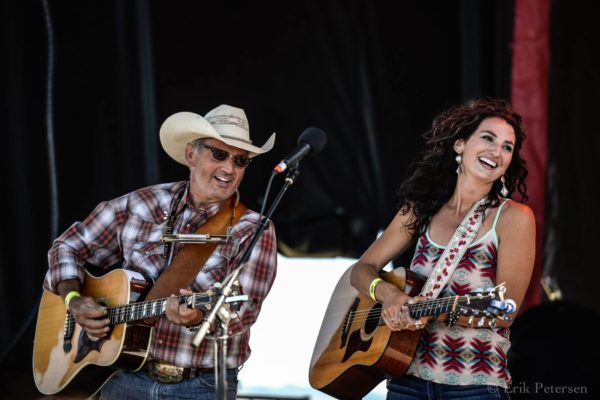 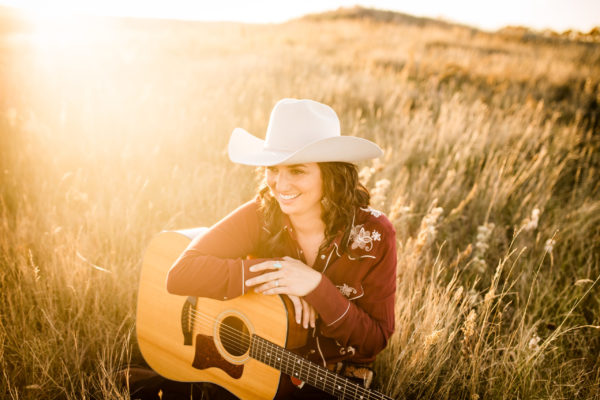