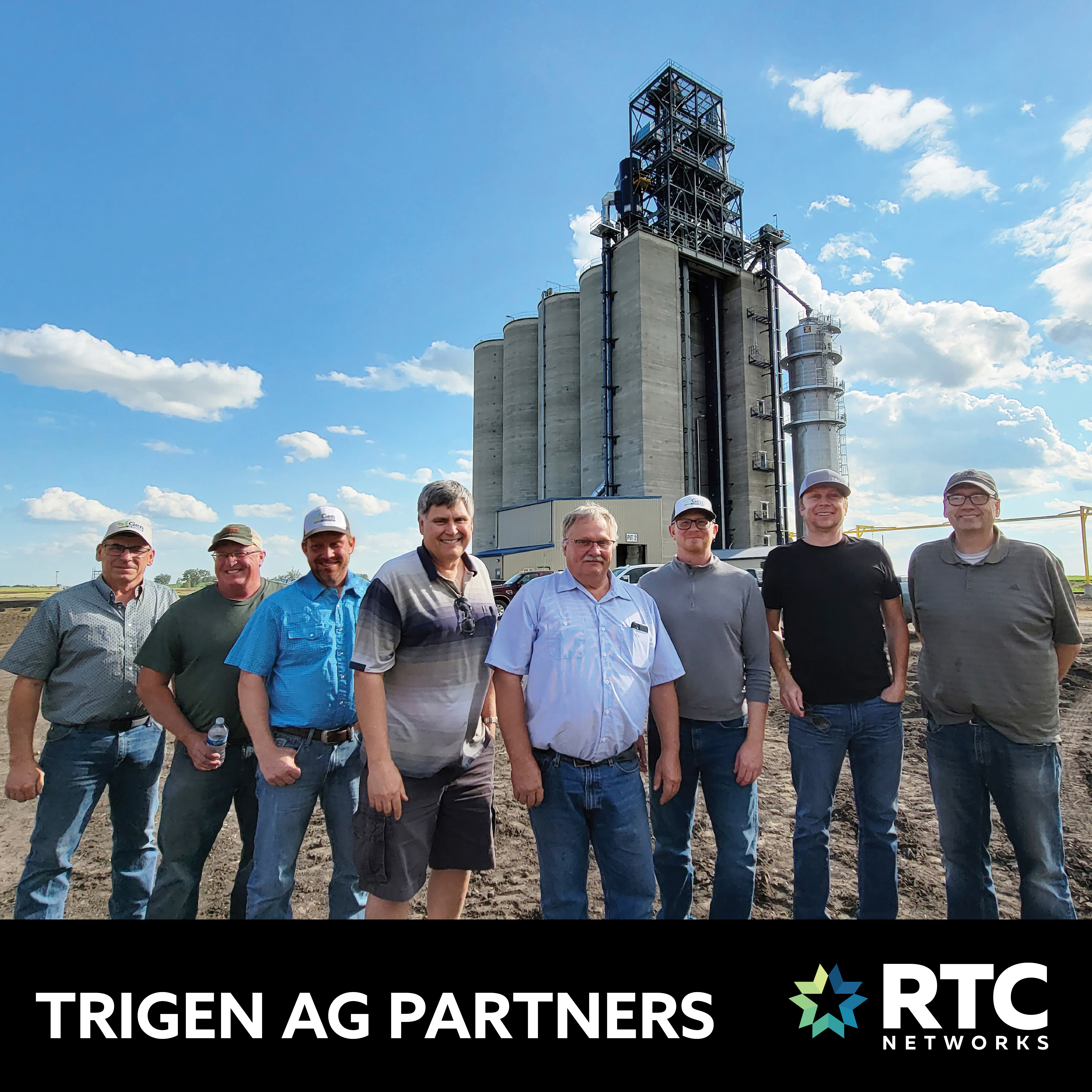 RTC Networks' commitment to rural North Dakota, and the fiber upgrades they have made to their network, have made this possible for the communities we serve.

With high-speed internet from RTC Networks, TriGen is transforming the way that elevators operate.

These facilities have played a pivotal role in building North Dakota’s economy and establishing the state as a leader in the production of crops such as wheat, barley, and flax. While the total number of grain elevators across North Dakota has continued to fall year after year, many–including the Max Farmers Elevator and Plaza-Makoti Equity Elevator–are still operational more than a century later.

TriGen Ag Partners was formed in August 2020, when the Max Farmers Elevator and Plaza-Makoti Equity Elevator merged and joined forces with Minneapolis-based Agrex, Inc. The “Tri” in the company’s name represents the three communities the elevators serve, as well as the three companies that have combined assets and capital to form TriGen. “Gen” is an homage to the generations of producers who have built North Dakota’s agricultural economy, as well as the many generations yet to come.

Rick Talbott, who had been with the Max Farmers Elevator since 2005 and served as General Manager since 2014, helped oversee the formation of TriGen.

“We really enjoy helping the producers get the crop planted and harvested,” Talbott said. “We offer a number of services to help with both, from custom application to seed and chemical sales, along with various contracts to help them market the grain.”

Along with merging the Max and Plaza-Makoti elevators, TriGen Ag Partners also broke ground on a new facility in Ryder in the summer of 2020. The new shuttle grain terminal consists of 1.050 million storage capacity and more than 10,000 feet of track.

The agriculture industry has changed drastically since the early 20th century. To continue meeting the needs of producers and consumers alike, grain elevators have to change, too. With a new mobile app, created by Fargo-based software developer Bushel, TriGen Ag Partners is making it easier than ever for elevators to communicate with the growers they serve.

Within the app, growers are able to see cash bids in real-time, track and review contracts, and view scale tickets almost immediately after a load is delivered at any one of TriGen’s facilities. The app also has an “Offer” function, which allows growers to put in orders for the grain they wish to sell at any time of day.

TriGen Ag Partners is utilizing technology to ensure that North Dakota’s legacy as a global ag leader can endure for generations to come–and that technology is powered by fiber internet from RTC Networks.

“It is important to have high-speed internet to connect all of our facilities in different cities,” Talbott said. “RTC Networks’ commitment to rural North Dakota, and the fiber upgrades they have made to their network, have made this possible for the communities we serve.

To discover how RTC Networks can support your local business, visit myRTCNetworks.com or call 701-862-3115 today.