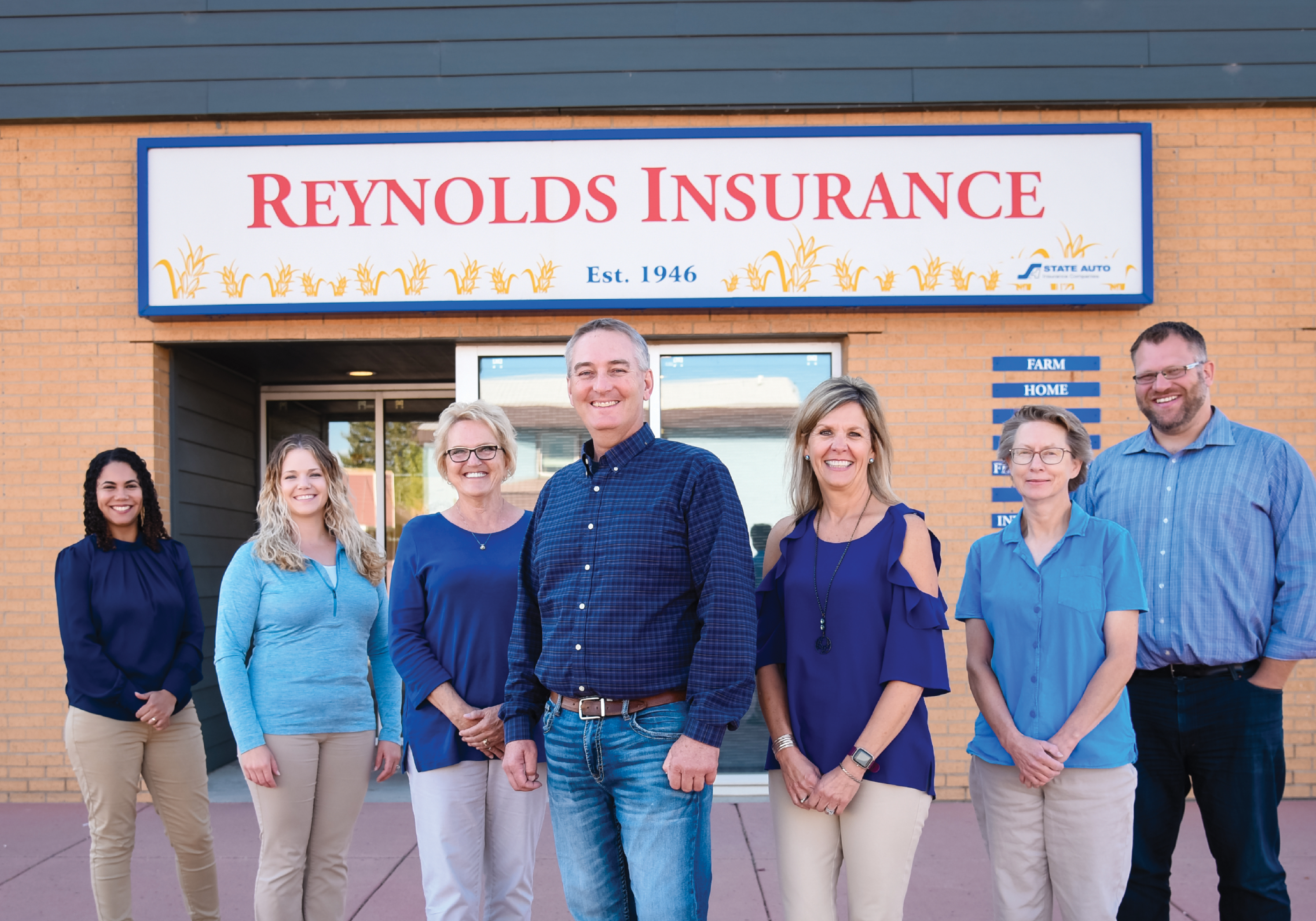 With support from RTC Networks, Reynolds Insurance has been taking care of people for 75 years

At just 14 years old, Craig Reynolds was already doing the books for Reynolds Insurance Agency, Inc.—but the agency’s history dates back even farther than Craig’s childhood.

His grandfather, Hardin Reynolds, started the agency out of his home in Sanish, North Dakota in 1946. The office was his kitchen table, and the math could be done off a sheet of paper carried in his breast pocket. As business grew, Reynolds Insurance moved out of Hardin’s home and occupied several offices before landing in its present location in 1967.

Kenneth Reynolds, Craig’s father, joined the agency in 1977. And despite moving away from home to pursue a degree in business and computer science, Craig couldn’t resist the calling to join his family’s business. He opened a second Reynolds Insurance location in Stanley, North Dakota, in 1991.

“It wasn’t part of my plan. But since I was little, I spent a lot of time at the office with my father and grandfather. They were both kind, giving people who just enjoyed taking care of the people,” Craig said. “I guess it rubbed off a little bit.”

When Craig assumed full leadership of the agency in 2003, his grandfather left him with one piece of advice.

“Take care of the people, and the rest will fall into place,” Reynolds said.

So much has changed since Hardin Reynolds opened an insurance agency from his kitchen table in 1946, but that one sentence has remained the guiding principle behind Reynolds Insurance for the past 75 years.

One major change that Craig has witnessed since his amateur bookkeeping days is the industry’s dependence on technology.

“When I told my father it was time to get him a computer, he said it was time for him to retire,” Craig said. “Now everything we do lives and dies with the computer.”

With high-speed internet from RTC Networks, Craig and his team are able to process quotes, changes, and claims in real-time and maintain instantaneous communication with their clients and each other. Even Craig’s employees who occasionally work out of their homes are able to do so without delays.

“We’re proud of the fact that over this many years, the clients still have so much trust in us. Just like our agency is third-generation, we have clients that have been around for three generations,” Craig said. “RTC’s phone and internet continues to aid us in fulfilling that trust.”

Joining his family business may not have been in Craig’s plans, but two decades later, he can’t imagine being anywhere else.

Congratulations to Reynolds Insurance Agency, Inc. on 75 years of service to our community! To discover how RTC Networks can support your local business, visit RTC.coop or call 701-862-3115 today.